Another Chance at Love

Another Chance at Love
by Alexa Aston

Welcome to the new world from USA Today bestselling author Alexa Aston—Maple Cove—a small town on the Oregon Coast where romance is heating up!

A woman who has experienced one too many betrayals—and the man who has always loved her. A second chance to throw the dice . . . and risk everything for love . . . .

High school student Dylan Taylor wants to sink permanent roots into Maple Cove, his hometown situated on the Oregon coast. His girlfriend, Willow Martin, prefers to pursue her passion for art, stretching her wings and living abroad. The pair agrees to go their separate ways after graduation though they secretly believe they will always love one another. But Dylan also leaves the Cove after his family is tragically killed by a drunk driver, joining the army and serving as a military policeman in various posts around the globe.

A dozen years later, Dylan makes his way back to Maple Cove and is elected sheriff. Willow, after another bad breakup and the death of her beloved grandmother, returns from abroad to her hometown—and sparks fly between the couple.

Dylan believes fate has brought them together again and looks at Willow’s return as an opportunity to renew their romance. Willow, burned one too many times by unfaithful men, does her best to push her former flame away, telling him they are adults now and very different people from the teenagers who were once madly in love.

The more Willow is around him, though, the more she believes Dylan is the one who got away.

Can she risk her heart one more time in the hopes of finding her soulmate—or will Willow deny the love that still exists and leave the Cove for good?

Find the answer in Another Chance at Love, Book 1 in Maple Cove.

Each book in this contemporary small town romance series is a standalone story that can be enjoyed out of order. 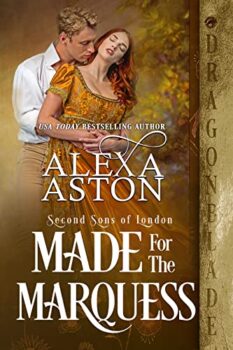