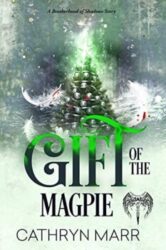 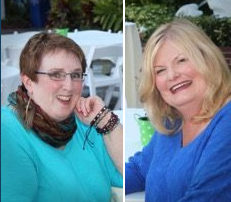 Cathryn Marr is giving away a $50 Amazon Gift card and copy of their Holiday novella, GIFT OF THE MAGPIE to each of two winners.

Gift of the Magpie
On Sale Now

Soul Keeper, last year’s sexy paranormal romance debut from Cathryn Marr, about a woman with unearthly abilities and the fallen angel/psi vamp who loves her, continues in “Gift of the Magpie.” This connected novella stars Magpie, the runaway teen whose story began in Soul Keeper; Jinx, whose story will be told in Soul Bound, the upcoming sequel to Soul Keeper — and a few new faces, including an adorable if slightly demonic infant with special abilities in need of protection from herself and others.

Born to a family that refused to accept and understand her special abilities, Magpie ran away from home when she was twelve. Less than four years later, she’s been living on the streets of San Francisco and given birth to a baby everyone seems to want for nefarious purposes. In an effort to keep her child safe, she’s traded it for another more-than-human newborn and gone on the run. Caught in a mid-Michigan snowstorm with the infant who’s already begun to exhibit special abilities, Magpie sees a light in the distance and hopes against hope that she and the baby can find refuge, and maybe a home…

Leader of the Brotherhood of Shadows, Jinx Falken has joined the search for missing and endangered children, specifically those with special abilities. When Aurora Montgomery lets him know that the teen whose baby was delivered in his penthouse apartment is in trouble, he drops everything to go to the rescue. Though the odds are stacked against him, he hopes against hope that he’s in time to rescue two very special children and bring them home in time for Christmas.