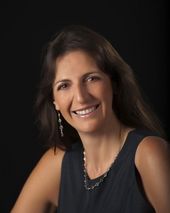 New York Times bestseller Wendy Corsi Staub is the award-winning author of more than eighty novels, best known for the single title psychological suspense novels she writes under her own name. Those novels and the women’s fiction she writes under the pseudonym Wendy Markham have frequently appeared on the USA Today, Amazon, Barnes and Noble, and Bookscan bestseller lists.

She previously published a dozen adult suspense novels with Kensington Books as well as the acclaimed young adult series LILY DALE with Walker/Bloomsbury. Earlier in her career, she published in a broad range of genres under her own name and various pseudonyms, and has co-authored and ghostwritten for a number of celebrities.

Wendy lives in the New York City suburbs with her husband and sons. A vocal and active supporter of Relay for Life, Support Connection, and the American Cancer Society, she was a 2012 Ovarian Cancer Awareness month national spokesperson for the Sandy Rollman Ovarian Cancer Foundation, and was a featured speaker at this year’s Katonah-Lewisboro Relay for Life. As an animal rights advocate, she fosters for various rescue organizations in the metropolitan area.