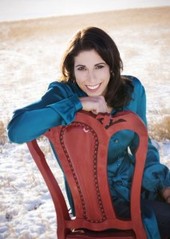 New York Times and USA Today Bestselling author, Sarah Castille, graduated with a B.A Honors degree in History and an LL.B. (law degree) and practiced law on the West Coast for several years before succumbing to the lure of foreign travel. She obtained a Masters Degree in Law from the University of Edinburgh and then practiced at one of the world's largest law firms in London, England during which time she traveled extensively, wrote moderately, and developed a taste for tea, European footwear and Greek cuisine.

She traded in her life of European glamor for the comforts of the frozen North and the excitement of home renovation, during which time she wrote extensively, never traveled, and developed a taste for beef jerky, Tim Horton's coffee and Sorels.

After her first book, Legal Heat, won prizes in nine Romance Writers' Association chapter contests, including the Grand Prize in the Valley of the Sun Hot Prospects Contest, Sarah decided to take a break from high heels and legal practice to write about red-hot alpha males and the women who tame them. Her second book, Against the Ropes, was named as one of Publishers Weekly's Top Ten Picks for Romance & Erotica for fall 2013, and her third book, Unraveled, hit the New York Times Bestseller's list. Sarah's current release, Barely Undercover, was named as the "Must Read Erotic Romance of the Year" in the Sneak Peek Reader's Choice Awards (2013). She hasn't dusted off her briefcase yet!

Sarah lives with her husband, munchkins and a family of owls in the shadow of Canada's Rocky Mountains, where she is currently working on her next novel.