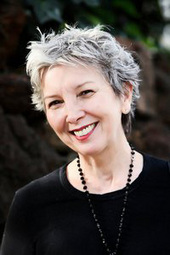 Portrait photos of Rochelle by jeffreybloomphotography.com

Rochelle Staab is a Los Angeles mystery writer who can be found most afternoons at her computer, plotting fictional murders and breaking fictional curses.

Rochelle displayed a flair for the dramatic early in life. As a child in Milwaukee, she performed pop music by microphone (a hairbrush) and built a personal library filled with a diverse selection of titles (comic books and Nancy Drew mysteries.) She appreciated the nuance and influence of small screen cinema (television.) She also loved school. Her front row desk was her stage; her textbooks served as her script. She recited each line to perfection, but repeating the words of others was not enough. She dreamed of becoming a novelist and informed everyone who would listen that one day she would write books.

But, as all creative types know, Rochelle had other things to do first.

One of Rochelle’s first jobs out of school was as Programming Department secretary for a Top 40 radio station in Milwaukee—her dream job and first taste of the entertainment business. Hard work and experience led to a promotion and a move to the station’s chain headquarters in New York. Within four years Rochelle was named National Music Director and then became Vice-President of Programming for the group of Top 40 radio stations, the first woman and youngest person to earn the title. Still in her twenties, she moved to Los Angeles to program KIIS-FM, eventually segueing into a marketing position at Warner Bros. Records, the most successful music label on the West Coast. Throughout her career at the label, she had the honor of working with a multitude of talented WB artists and accumulated gold and platinum album awards as part of the marketing department. When she was named Vice-President of Advertising at the label, the campaigns Rochelle and her team produced for artists earned awards for both creative excellence and innovation.

Rochelle is fascinated by the supernatural.

Rochelle’s interest in the mystical was sparked as a child when she overheard her Mother and Aunts whisper behind closed doors about trips to a fortuneteller—a scandalous taboo in their devout Catholic family. As a teen, she and her friends dabbled in the occult until a rainy afternoon at the Ouija board scared them straight. After Hurricane Katrina, a tour of the New Orleans French Quarter with a voodoo priestess inspired Rochelle to weave elements of the supernatural into her writing.

Rochelle’s dream to become a novelist came true in the UCLA Writers’ Program—a “do it or quit talking about it” challenge she gave herself. While in the Writers’ Program, she started Who Do, Voodoo?, her first mystery novel. After completion, Who Do, Voodoo? won a Conference Choice Award at the San Diego State University 2010 Writer’s Conference, was a 2010 RWA Golden Heart finalist in the Contemporary Series—Mystery/Adventure/Suspense category, and sold to Berkley Prime Crime. Who Do, Voodoo? is coming this November.

Rochelle is a member of the Mystery Writers of America, Sisters In Crime, International Thriller Writers, NARAS, and Mensa.

(Note: The juicy, sexy parts were omitted to protect the guilty and the innocent. Rochelle writes mystery, not romance. Seriously.)