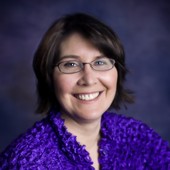 Melissa McClone’s degree in mechanical engineering from Stanford University led her to a job with a major airline where she travelled the globe and met her husband. But analyzing jet engine performance couldn’t compete with her love of writing happily ever afters. Her first full-time writing endeavor was her first sale when she was pregnant with her first child! Since then, she has published over twenty-five romance novels with Harlequin and been nominated for Romance Writers of America’s RITA award. When she isn’t writing, she’s usually driving her minivan to/from her children’s swim and soccer practices, 4-H meetings and dog shows. She also supports deployed service members through Soldiers’ Angels and fosters cats through a local non-kill rescue shelter. Melissa lives in the Pacific Northwest with her husband, three school-aged children, two spoiled Norwegian Elkhounds and cats who think they rule the house.