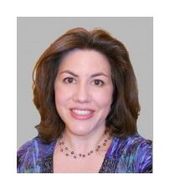 I imagined fantastic scenes in my head from the time I was old enough to string thoughts together. It didn't occur to me to write them down until I was about ten. My stories weren't really complete. They were like anecdotes that might be collected in someone's memoir. Someone larger than life. Someone rich and famous. Rock stars, politicians, and supermodels getting chased by aliens and mobsters. I definitely didn't come from the 'write-about-what-you-know' school of writing. I was a wholesome, if somewhat precocious, child growing up in a middle-class Midwestern America. I can barely fill this bio page with interesting facts about myself, let alone an entire novel.

So, I wrote to entertain myself and my childhood best friend, Sandy. She was an audience of one for many years, which was quite enough in the beginning. In my late teens, however, I thought I should write a novel and try to get it published. Despite having read a few of them, I didn't know much about the process. I wrote without a plot, and I set the story in countries where I had never lived or even visited. My characters had professions I knew nothing about. I did no research. (This is not an approach to novel-writing that I would recommend.)

When I finished my first draft, I dashed off a query letter to a New York literary agency. I chose them because I liked their name. It sounded cozy. They were called Writers' House. (Industry insiders can understand why I laugh about this now. Writers' House is currently one of the most powerful literary agencies in the world.)

They requested the full manuscript. Blissfully ignorant of their powerhouse status, I cheerfully sent them my novel. I know that you're shocked to learn that they did not offer to represent me. So, after my one rejection, I felt that settled things. I had given novel-writing a shot, and it hadn't worked out. It wasn't a tragedy. I had a terrific passion for biology and the life sciences, and from the time I was old enough to answer the question about what I wanted to be when I grew up, I had always said "a doctor." So, my novel went into the closet while I went to medical school.

A funny thing happened on the way to the emergency room, however. While medicine was all-consuming at times, creative writing had its hooks into me and refused to let go. No matter how many times I tried to quit writing, I simply couldn't. So I learned to be a slave to two masters. It's amazing how much one can juggle, isn't it? And how little sleep a person needs.

In 2002, I went to a boot-camp style writing retreat and discovered a few pieces of writing craft that I was missing. For several years, I researched things and wrote several drafts of a story, honing my craft. Then I went to a writers' conference and pitched the story to an agent who took me on as a client.

While my agent, Elizabeth, shopped my first book around, I went to work on another story—one about a young woman so different from me that it was startling to find how clear her voice was in my head. I knew from the moment that I began Tammy Jo Trask's story that I would finish it. She was that much fun to write about.

WOULD-BE WITCH sold quickly in the summer of 2007, and then I waited patiently for Tammy Jo to find her way into bookstores so that you could meet her. I hope you love her adventures as much as I do.