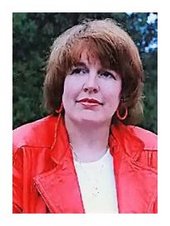 Her limited free time is spent on reading, music, photography, watching the eagles near her home, and driving her restored 1967 Corvette Roadster---top down, of course.