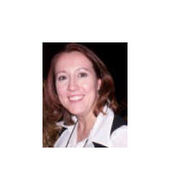 Since she was a child, Jaycee Clark has liked to tell stories. Some people have a hard time outgrowing childhood habits, apparently. She enjoys creating new plots and characters, spending hours, weeks and months spinning the web of a story so that it's well told in the end, or so she hopes.

Growing up, Jaycee didn't know she wanted to be a writer. She told stories, used to spend hours with her best friend coming up with everything from a black panther named Palemino to their junior high plots of murder and mayhem. While in college, she married her high school sweetheart and they've never looked back. They now have two kids, a prissy, know-it-all cat and a blue heeler the cat thinks is far beneath her. Oh and the plants she convinces herself she can save with her imaginary green thumb.

Jaycee is a member of several romance writers groups, including Romance Writers of America, and a couple of critique groups. She recommends joining a writing group to anyone wanting to find their place in this competitive business. She's an avid reader of just about everything from the Classics and nonfiction to gritty best sellers. Jaycee discovered romance several years ago and realized, this is what I want to do. Somewhere in there, while struggling with her first novel—she calls her horrible historical—she realized a love story was not enough for her, the plot needed danger and intrigue. Then, she started a new manuscript, a contemporary romantic suspense and hoped to get published. New Concepts Publishing has helped that dream to come true.