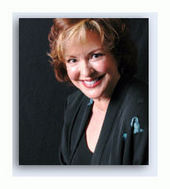 Jacquelyn Mitchard’s first novel, The Deep End of the Ocean, was named by USA Today as one of the ten most influential books of the past 25 years – second only to the Harry Potter series by J.K. Rowling (but second by a long shot, it must be said.)

The Deep End of the Ocean was chosen as the first novel in the book club made famous by the TV host Oprah Winfrey, and transformed into a feature film produced by and starring Michelle Pfeiffer.

All of Mitchard’s novels have been greater or lesser bestsellers – and include The Most Wanted, A Theory of Relativity, Twelve Times Blessed, The Breakdown Lane and Cage of Stars. Critics have praised them for their authentic humanity and skilful command of story. Readers identify because they see reflected, in her characters – however extreme their circumstances – emotions they already understand.

Mitchard’s first story of adventure and her eighth novel of realistic contemporary fiction is Still Summer (August, 2007). In the same month, the paperback version of her most critically acclaimed novel, Cage of Stars (August 2007), appears from Warner Books.

Mitchard also has embarked on four novels for young adults.

The first, Now You See Her, from HarperTeen, is the story of a pampered, driven young actress who fakes her own abduction.

Next spring, also from HarperTeen, All We Know of Heaven will tell the story of lifetime best friends Bridget and Maureen, who are just sixteen when a fatal crash on an icy road and a poignant case of mistaken identity divide their small Minnesota town forever.

Now You See Her also is the first novel made “visible,” in a short series of beginning episodes on the Internet site YouTube, where actress Lauren Collins Peterson appears in several vlogs (or video blogs) as the fictional Hope Shay.

In summer, 2008, The Midnight Twins, first in a trilogy of teen mysteries about identical twin sisters born on New Year’s Eve – one a minute before and a minute after midnight – appears. Meredith and Mallory Brynn learn on the night they turn thirteen that their psychic abilities will force them to intervene in dire events, although one twin can see only the future and one can see only the past.

Meanwhile, Mitchard is completing her next adult novel and continues as a contributing editor for the Disney parenting magazine Wondertime, as well writing pieces for More, Parade and Real Simple, among other magazines. Her syndicated column for Tribune Media appears in newspapers around the nation.

At the local coffee shop, Mitchard is best-known as the mother of Rob, Dan, Marty, Francie, Mia, Will and Atticus – and she can repeat those names in sequence in the space of two seconds – the wife of handsome Chris Brent and the best pal of the extremely photogenic mutt, Hobbes.

They divide their time between a big Italianate house built by Mitchard’s husband on Story Hill in south central Wisconsin and a villa on the Amalfi Coast (well, one can dream!)

Her favorite color is periwinkle blue; her favorite holiday is Halloween; her favorite flower is freesia; her favorite word is "smite," and her second favorite is "Massachusetts"; her lucky number is 119 (anyone who can guess where that comes from wins a pair of startlingly cool earrings or a University of Wisconsin ball cap). Her favorite place on earth is Cape Cod – where, very unlike the writer Isak Dinesen in Nairobi – she owned a home for ten years, and does believe the shadows in the driveway remember her shape.

Her pet peeves are PhDs who cannot and will not learn the difference between “lie” and “lay” and family signs pluralized with apostrophes.

She still hopes that Dick Wolf can find it in his heart to let her appear on just ONE episode of any incarnation of ‘Law and Order,’ as has everyone else in America. She still is willing to play the role of a murder victim – except one found by earth-moving equipment in a landfill – though she would prefer to play a judge, because she is judgmental, short and likes the clothes.

If you are smart, you will not play a game with Mitchard involving quotes from song lyrics and British or American literature. If PowerBall were based on this talent, Mitchard would by now own the Amalfi coast.

A native of the west side of Chicago, where she developed a pathological avoidance of golf and bowling, she is the daughter of a plumber and a mom who worked at the five and dime, but also rode the rodeo and was as beautiful as a Hollywood movie star.

Her birthday is December 10, the same as Emily Dickinson's – though a few years later. She has one adored brother, a brother-in-law and three swell sisters-in-law (including a budding teenage author!), two nieces and three nephews. Her MFA is in friendship studies. Beyond reading everything she could buy or borrow (but she prides herself on always returning a book) she never studied writing beyond freshman electives. She is deeply superstitious, and will not leave shoes on a table or walk on a different side of a fixed object from someone she loves. When she wishes on the first star, her wish is always the same: to live to a great age, but to be outlived by all of her children.