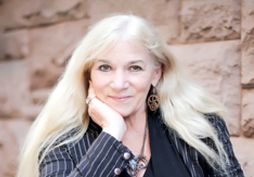 New York Times and USA Today best selling author, Heather Graham was born somewhere in Europe and kidnapped by gypsies when she was a small child. She went on to join the Romanian circus as a trapeze artist and lion tamer. When the circus came to South Florida, she stayed, discovering that she preferred to be a shark and gator trainer.

Heather is the child of Scottish and Irish immigrants who met and married in Chicago, and moved to South Florida, where she has spent her life. (She has, at least, been to the Russian circus in Moscow, where she wished she was one of the incredibly talented and coordinated trapeze artists.) She majored in theater arts at the University of South Florida. After a stint of several years in dinner theater, back-up vocals, and bartending, she stayed home after the birth of her third child and began to write. Her first book was with Dell, and since then, she has written over one hundred and fifty novels and novellas including category, suspense, historical romance, vampire fiction, time travel, occult, horror, and Christmas family fare.

She is pleased to have been published in approximately twenty-five languages, and has had over seventy-five million books in print. She has been honored with awards from Walden Books, B. Dalton, Georgia Romance Writers, Affaire de Coeur, Romantic Times, the Lifetime Achievement Award from RWA and more. Heather has also become the proud recipient of the Silver Bullet from Thriller Writers. Heather has had books selected for the Doubleday Book Club and the Literary Guild, and has been quoted, interviewed, or featured in such publications as The Nation, Redbook, Mystery Book Club, People and USA Today and appeared on many newscasts including Today, Entertainment Tonight and local television.

Heather loves travel and anything that has to do with the water, and is a certified scuba diver. She also loves ballroom dancing. Each year she hosts the Vampire Ball and Dinner theater at the RT convention raising money for the Pediatric Aids Society and in 2006 she hosted the first Writers for New Orleans Workshop to benefit the stricken Gulf region. She is also the founder of “The Slush Pile Players”, presenting something that’s almost like entertainment for various conferences and benefits. Married since high school graduation and the mother of five, her greatest love in life remains her family, but she also believes her career has been an incredible gift, and she is grateful every day to be doing something that she loves so very much for a living.