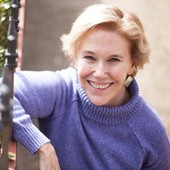 Eve Gaddy is the best-selling award-winning author of more than seventeen novels. Her books have won and been nominated for awards from Romantic Times, Golden Quill, Bookseller’s Best, Holt Medallion, Texas Gold, Daphne Du Maurier and more. She was nominated for a Romantic Times Career Achievement Award for Innovative Series romance as well as winning the 2008 Romantic Times Career Achievement award for Series Storyteller of the year. Eve’s books have sold over a million copies worldwide and been published in many foreign countries. Eve lives in East Texas with her husband of many years.