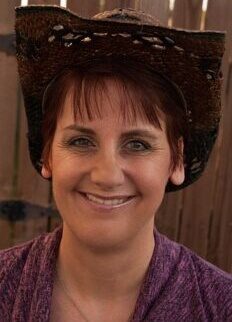 The only thing that beats a romantic happily-ever-after ending is a happily-ever-after ending in Christ. Publishers Weekly Bestselling and award-winning author Deb Kastner strives to create a cord of three strands between the hero, the heroine, and Jesus Christ. Deb’s contemporary western romances contain sigh-worthy heroes and strong heroines facing obstacles that draw them closer to each other and the Lord.

Deb first became aware of God’s saving grace in high school, but it wasn’t until college that she started to fully live her faith. She was an active participant in several Christian college organizations, including a Christian show choir called Master Peace.

Over the years, Deb has been involved in everything from teaching Sunday school to leading women’s Bible studies. Her primary and favorite church ministry is singing in the choir.

Deb had a penchant for writing fiction as early as elementary school, where her fifth-grade teacher embarrassed her by reading her twenty-page “short” story aloud to the class. After many years and dozens of articles for national parenting magazines and Sunday school publications, her husband finally challenged her to write what she loved to read—romance. She still remembers the sheer terror of sitting outside the Red Lobster where her local RWA (Romance Writers of America) chapter met, terrified they would take one look at her and realize she was a fraud. Instead, she found a group of like-minded writers who encouraged her toward publication. Less than two years later, editor Karen Ball, then of Multnomah, offered Deb a contract on her first novel.

Deb’s books have appeared on both the Mass Market and Religion Fiction lists in Publishers Weekly. Her books have been nominated three times for the Romantic Times Book of the Year for the Harlequin Love Inspired series. Phoebe’s Groom won first place in the inspirational category of the Published Beacon contest.

She lives in Colorado, where she is blessed to spend extra time with her husband now that the next is empty (well, except for the pack of dogs—two of their own and often one or two “grand-puppies.” She has three grown daughters and two wonderful grandchildren whom she adores. Spoiling her grandchildren is her favorite hobby, but she also enjoys movies, music (The Texas Tenors!), singing in the church choir and exploring the Rocky Mountains on horseback. Deb is a proud member of Romance Writers of America, the Faith, Hope and Love Chapter of RWA, and American Christian Fiction Writers.