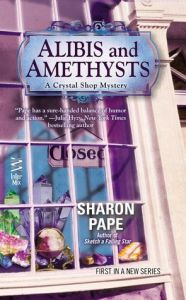 Howdy folks – I’m federal marshal Zeke Drummond, deceased since 1878. Those of you who have been readin’ what I like to call “The Sketch Books” have already made my acquaintance, but I’m mighty pleased to meet any newcomers among you. For the past few years, I’ve been busy solvin’ murders with my partner Rory McCain, a feisty little redhead who’s still very much alive. She got herself in a bit of a scheduling bind recently, so she asked me to conduct this interview for her. I was reluctant at first. You see, the only people I’ve ever interviewed were the criminal type. I told her I’d do my best, though. A man can’t promise more than that.

I’ll be interviewin’ Daniel Yazzi, a full-blooded Navajo from Arizona, the same state where I was born. Of course back in my day it was only a territory. You may have met Daniel’s friends, Jaye and Sierra, over at Killer Characters these past few months. All three of them reside in Sedona, Arizona, where Jaye and Sierra found themselves suspects in a murder case. Daniel teamed up with them to solve the case and put the real killer behind bars.

Zeke:  “Thanks for talkin’ with me today, Daniel.”

Daniel:  “Glad to be here.  I’ve never talked to a ghost before, but I feel like we already have a bond of sorts, both being from Arizona. I bet my grandmother, Doli Joe, would feel perfectly comfortable with you. She comes from a long line of medicine women, so dealing with the spirit world is nothing new to her.”

Zeke (laughing): “Then she could probably teach me a thing or two. Even though I kicked the bucket more than a hundred years ago, I’m still learnin’ the ins and outs of this between place.

Zeke:  Mighty obliged. But I’d best get back to interviewin’ you or I’ll be catchin’ hell from my partner.

Daniel(shaking his head):  “I know exactly what you’re up against. I’ve had to deal with feisty women all my life, starting with my mother and grandmother and now with Jaye and Sierra. So fire away.”

Zeke:  “Lets start at the beginnin’. Did you grow up here in Sedona?”

Daniel: “No, I was raised a few hours away in Tuba City. That’s on the Navajo reservation. I left the rez to go to college and when I got back, my cousin George and I moved to Sedona where we started Premier Navajo Tours.”

Zeke: “Why don’t you tell everyone a little about your business?”

Zeke:  “I was up that way a time or two when I was still hooked up to flesh and bone. For those folks who’ve never been there, we ought to explain that the Red Rocks aren’t just rocks. That’s what they call the mountains and cliffs up there. I never did see anythin’ else quite like it in my life.”

Zeke: “Do you get back up to the reservation often?”

Daniel: “Not nearly as much as I should. My family still lives up in Tuba. But you know how it is — life gets in the way. (He laughs.) Especially when you’re trying to keep your best friends out of jail.”

Zeke:  “I heard there was somethin’ mighty peculiar going on at the same time you were doin’ your investigatin’.”

Daniel:  “You must mean Raffles. She’s definitely a strange little creature. We still haven’t figured out exactly what she is, or where she came from, although my grandmother has a pretty weird theory about her. Anyway, now that Jaye and Sierra are out of jeopardy, we’ll have more time to sort that out.”

Zeke:  “Well, I’ve sure enjoyed meetin’ you, Daniel. Sorry I can’t shake your hand. I haven’t quite mastered that yet. I hope you’ll stop by sometime and give us an update. ” 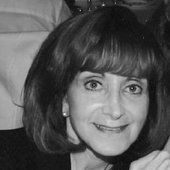