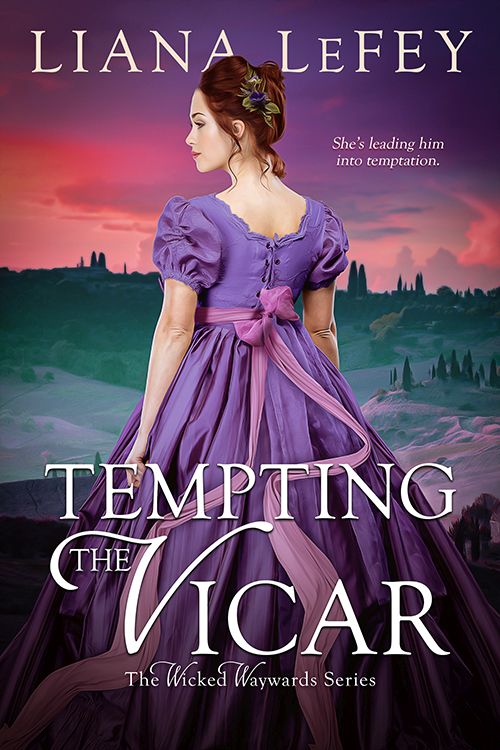 When writing Tempting the Vicar (Jan 2022) and its “twin” The Devil’s Own (June 2021), I didn’t set out to retell an old story. I didn’t even realize I’d been influenced by two tales my mother read to me when I was young. But after I finished drafting The Devil’s Own, I suddenly saw their footprints between the lines, written into my hero, the setting, and the plot. In crafting a story about identical twins temporarily switching lives and locations, I’d unconsciously recalled elements from both Aesop’s The City Mouse and the Country Mouse and Mark Twain’s The Prince and the Pauper.

At first, I laughed long and hard out of sheer shock at the discovery. Then I marveled over how deeply those stories must have been impressed upon my young psyche that their themes would sneak into my writing some forty years later without my even knowing it. It really made me think about where inspiration is found for so many of the “new” stories we see coming out. Aesop’s Fables are timeless. Those stories are still teaching and entertaining children today—and, apparently, inspiring romance novelists. (I’d be willing to bet Aesop never imagined such a thing might happen!) I can’t help wondering if Mr. Twain was inspired, whether consciously or subconsciously, by The City Mouse and the Country Mouse when writing The Prince and the Pauper. Before this eye-opening experience, I’d never connected the two tales, but now they’ll be forever linked in my heart and mind.

The rehashing, rearranging, and combining of stories through the centuries has resulted in a coalescing of certain themes and story elements into what we now commonly refer to as tropes. For the uninitiated, tropes are not to be confused with clichés! While both the trope and the cliché describe what can be considered by many to be familiar or easily recognizable, there is a distinct difference. Tropes are versatile. Clichés are stagnant. When tropes are applied to a character, if written well, the result can be something new and interesting, a well-fleshed personality that leaps from the page or screen to grab and hold attention. When a cliché is applied to a character, what typically results is a flat, predictable character. A trope is capable of generating depth, while a cliché is a surface device. Tropes have the tremendous ability to instantly communicate ideas and create common ground. Even if two people are separated by age, education or any of a plethora of other factors, if both recognize the same trope within a story and are emotionally affected by it, a foundation is laid for a conversation and, potentially, a connection between them.

In my pursuit of writing, I’ve gained a healthy respect for tropes and view them as the MVPs for any writer of fiction. Twist, flip or combine them for endless permutations—it’s always fascinating (and fun!) to see the final product. Recently, I’ve begun exploring foreign fiction, and I’m finding that while certain tropes have overcome cultural barriers (in either direction), many are delightfully new to me. Every time I discover one, it’s like sinking my teeth into a sweet treat! As the world continues to shrink, I’m sure some of these delicious tropes will eventually hitch a ride and become familiar to English-speaking populations. Until then, I feel privileged to have gotten a sneak peek. I have no doubt that over time these “new” tropes will influence my own writing. After all, everything that goes into a writer’s mind eventually percolates through the filter of personal life experience and ends up coming out on the page.

Looking back on my experience crafting Tempting the Vicar and The Devil’s Own, I think I had so much fun writing the love stories of Daniel and Devlin Wayward because I was subconsciously revisiting two tales I dearly loved as a child. Their well-seasoned tropes afforded me an opportunity to “play” again as an adult, taking childlike delight in rearranging them into a new configuration. It’s said that inspiration comes from many places. A lot of times, I find it in history, science, and folklore. Writing the twins’ romances showed me that inspiration born out of something so deep-seeded you don’t even sense its presence or understand it until you’ve already burned up a keyboard getting the idea out can make the experience feel like anything but work. Having made this discovery, I plan to (purposely!) take a long, careful look at my favorite tropes—the old and the new. Perhaps inspiration will strike again and the siren’s call will once more make me spend what should be sleeping hours tapping away at my keyboard. One can but hope!

Liana’s giveaway: A filled floral gift box including a signed book by Liana (Scandal of the Season), a brass-and-wood letter seal kit (filigree heart) complete with colorful sealing wax sticks, melting spoon + candles, sweet lavender hand lotion, a selection of teas, and various other sundries to fill up the corners. U.S. only. 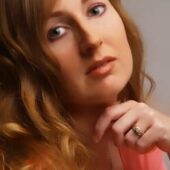 As a romance author, I delight in crafting incendiary tales that capture the heart and the imagination, taking the reader out of the now and into another world. Regardless of whether you choose to dive into the past, leap into the future, or lose yourself in another realm entirely, between the pages you'll find deep emotional journeys and passionate romance! The splendor of the Georgian period (1714-1837) provides a lush, glittering backdrop for my sizzling historical romances. Between the pages of my early Georgian pieces you'll find sensuous lovers, lavish royal courts, and deadly intrigues. My Regencies look back to an era of refined manners and strict propriety, while revealing the secret, wicked desires of its elegant ladies and courtly gentlemen. In my sci-fi romances, love transcends all boundaries and spans a future of endless possibility based on what we're learning about our universe today. My fantasy romances will take you on a quest through realms both familiar and unknown, with characters and creatures from myth and folklore, and of course include powerful magic paired with that most potent of all enchantments: love. About moi? I live in Central Texas with my dashing hero/husband of nearly twenty years and our beautiful daughter. I'm also privileged to serve (and it is most definitely servitude) one spoiled-rotten feline overlord. I adore chocolate and just about anything involving the words "salted caramel." When my brain is too fried to weave stories, I read (of course), watch movies or binge-watch television series, make jewelry and knit scarves. What do I read/watch? In addition to being a historical research junkie (there have been interventions), I'm a fan of all things sci-fi and fantasy. Star Wars is the first movie I remember seeing. I was five and watched a double feature of Episodes IV and V with my parents at the big theater downtown...and came out wanting to marry Han Solo. Fed on bedtime stories from authors like Tolkien, Baum, and Herbert, I became a language-loving, book-gobbling monster at the age of four and have yet to be sated. The Kadin by Bertrice Small was the first romance novel I ever devoured. I was fourteen, it was delicious, and I'm now thrilled to be writing romance for fellow enthusiasts.

A New Twist on an Old Tale: The Power of Tropes

5 thoughts on “A New Twist on an Old Tale: The Power of Tropes” 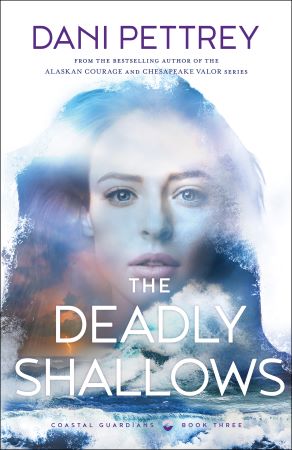 Hi friends, Today I’m celebrating the release of 14th book—The Deadly Shallows. I’m thrilled I get to spend part of it with you. In addition to The Deadly Shallows’ release, I’m also celebrating 10 years of publishing this summer. My debut novel, Submerged, came out in May of 2012. I still can’t wrap my head… Read More

What is your favorite profession to read about? Or one you’d love to see in a book one day? Be sure to comment so you can be entered to win a $20 Amazon e-gift card. -- Dani Pettrey ... See MoreSee Less

Vets - Because it always involves animals especially dogs and cats.

I like reading about lawyers as I have been one for over 40 years!

Be sure to join us Wed 7/6 at 7:30p ET as the Inside the Romance Buzz crew chat live with author Lisa Wells!Join us LIVE on Wednesday, July 6th at 7:30 Eastern on the Writerspace e Facebook page as we chat with Lisa Wells about her recent release, THE MAGICAL LIFE OF MOLLY THORN, Book 2 in the Magical Midlife Moonlighting series.

Do you have a question you would like us to ask Lisa during the show? Post it in the comments section below.

Lisa Wells writes contemporary and paranormal romantic comedy with enough steam to fog your eyeglasses, your brain, and sometimes your Kindle screen. She lives in Missouri with her husband and slightly-chunky rescue dog. Lisa loves dark chocolate, red wine, and those rare mornings when her skinny jeans fit. Which isn’t often, considering the first two entries on her love-it list. Visit her website to learn more: www.lisawellsauthor.com

Not much longer now. SWEETWATER & THE WITCH (starring dust bunny Harriet) will be out Sept. 20. Want a signed copy? You can reserve one now at either of these two bookstores. Both do a terrific job with mail order:
THE POISONED PEN: tinyurl.com/395yuy7z
PAGE 2 BOOKS: www.page2books.com/ ... See MoreSee Less